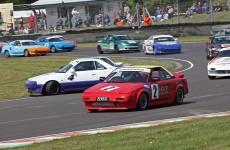 May bank holiday weekend would set the stage for the second round of the YourIrishShop.com MR2 race series at Castle Combe. Qualifying was warm and dry, the circuit did seem quite slippy and i waited ages for the tyres to get up to temperature. My new engine was all ok so I pressed […] 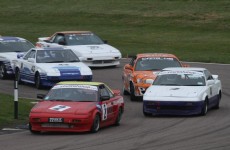 Opening round to the MR2 Race Series at Rockingham.

Rockingham 6th April 2014 The first race of the MR2 race season would be at this under-rated venue. Friday afternoon was spent running in my freshly rebuilt engine as last season’s engine smoked quite a lot. First signs were not good as after 2 laps I got black flagged for excessive smoke. One […] 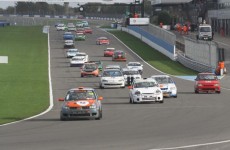 Track Attack Autumn Series Donnington Park would host this 3 race autumn series. Any make and model of car was allowed, classes were based on engine size; up to 1600cc, 1600-2000cc and 2000cc and above. Tom Alexander would be racing races 1 and 2, Nathan Harrison would be racing in race 3. Qualifying; This was […] 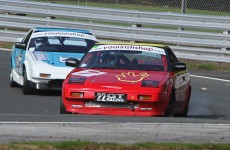 Oulton Park September 2013 This was the first time the MR2 race series had visited Oulton Park so Friday testing was needed to learn the circuit. After a good days testing with dry sunny weather I was happy with the car, my lap time and couldn’t wait to race on the Saturday. Qualifying; After warming […] 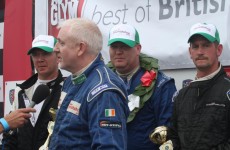 Qualifying, Normally during this 15 minute session I try to get a quick time in early on and then sit out the remaining time hoping that my lap time is good enough. With most of the quicker MR2 drivers racing on the Saturday in the Nippon Challenge and being used to the track and conditions […]

Aston Martin Centenary Brands Hatch, July 2013 We would be taking 3 cars to Brands Hatch weekend, the DBRS9, DB4GT and DB4 Lightweight. Our DBRS9 would be competing in the 100 minute two driver Centenary race, the DB4GT was entered into the Classic Centenary race for FIA cars which was  30 minutes and the […] 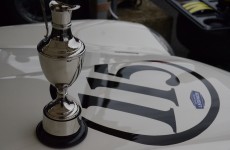 We were competing in the Legends 45 minute race as we have done previously in 2007, 2009 and 2011. The drivers were once again Tom Alexander and Adrian Willmott. Thursday’s practise/qualifying 1 hour session was at 4pm on the Thursday. Tom was driving first but pitted at the end of his opening lap complaining […] 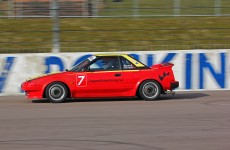 No race report available, pictures for this event are in the ‘Gallery’ section and in-car footage in ‘Video’ section. 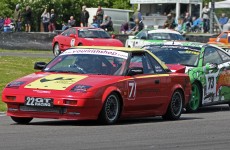 Nathan Harrison would be sharing the car this weekend with Tom Alexander. Nathan would race the MR2 as usual in the MR2 Race Series and Tom would race the same car in the Nippon Challenge, GT150 class. Tom’s first drive in the MR2 was in qualifying, he managed 9 laps during the 15 minute session, […] 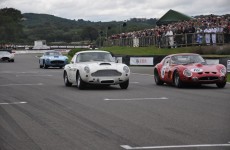 Goodwood Revival 14th, 15th & 16th September 2012  As in previous years we took the white DB4GT to compete in the feature race ‘RAC TT Celebration’. Qualifying for the race was split over 2 days, 25 minute sessions on both the Friday and Saturday, the race was at 2pm on Sunday which was 1 hour […]